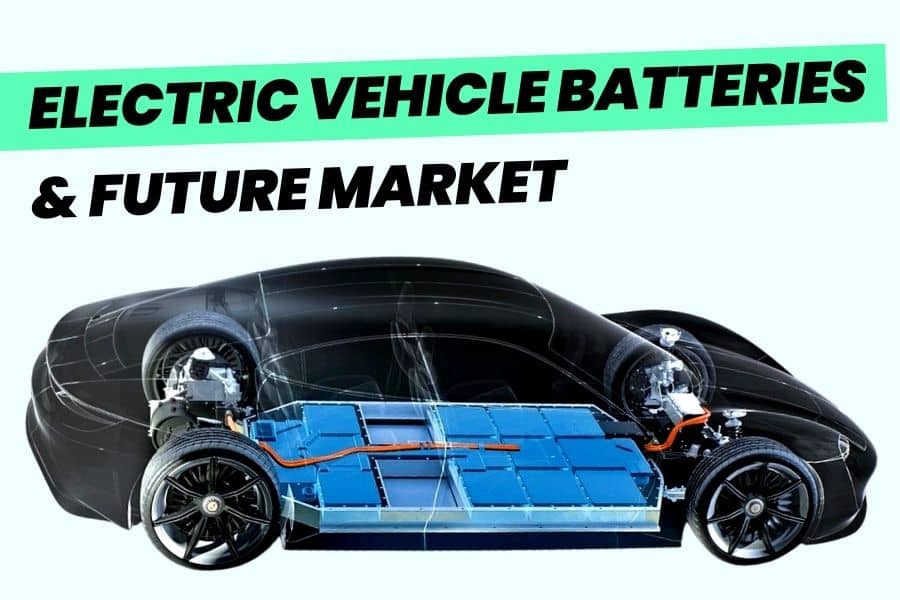 Electric Vehicle Battery Industry in India is likely to see an investment opportunity of about USD 17 billion if manufactured indigenously. Here we will discuss the types of electric vehicle batteries used in modern electric vehicles.

Why are EV Batteries Inducing Curiosity?

Owing to the rapid acceleration in the industrial development of our country, the automobile industry plays a relatively vital role. As this industry progresses, the demand for fossil fuels to support internal combustion engine vehicles has escalated too. However, not only are these conventional methods exhaustive in nature but also multiply the evils of climate change.

Quite interestingly, the Indian government anticipates that the EV market alone will account for 30% of the vehicle sales in India by the year 2030. Not only this, the FAME-II scheme of EVs sets a target of producing 175 Gigawatts of power from renewable energy by 2022. To foster these ambitions, greater efforts are being put in place for exploring the various types of electric vehicle battery cells used in modern electric vehicles.

To meet this growing demand for EV batteries, manufacturers will need to substantially level up their production capacity, which will require huge electric vehicle investment opportunities of about USD 17 billion, if manufactured indigenously.

What is an Electric Vehicle Battery and How are they Different?

As the name suggests, these batteries are used to power the motors of an electric vehicle. Electric Vehicle Battery is nothing but a device that contains closely packed chemical energy in the form of electrons, which later react to generate electricity. Unlike SLI (starting, lighting, and ignition) batteries, these are smaller, lighter, and developed in ways that make them produce power for longer time phases.

Batteries have a tendency of high self-discharge at the rate of about 12-13%, however, with proper use they can last up to 6-9 years. About this, EV batteries can have a lifespan of around 10-15 years!

Out of all the EV battery types, Lithium-Ion batteries are most widely used today because of their higher range per unit charge compared to Lead-Acid batteries.

However, poor driving habits and road conditions negatively impact the battery’s SOH thus reducing its life. Thus, an EV battery customized for Indian road conditions to provide consistent performance can give a major push to electric vehicle adoption in India.

Automobile manufacturers identify the following types of electric vehicle batteries to be accessible in India.

Lithium-Ion (Li-ion) batteries are the most ideal type of batteries used in electric vehicles. Initially, they were used in laptops and other consumer electronics mostly. The high energy density of 250-693 Wh/L contained in these batteries is a prime factor that gives them an edge over all others. Additionally, they require a minimal amount of maintenance and have zero memory effect.

Another great advantage is that these batteries have low self-discharge, i.e., 0.35% to 2% per month, which means that they do not lose their charge when not being put to use. Due to this, they have three times the life cycle durability of any other battery, which makes them at least three times more powerful. However, they are, quite evidently, monetarily expensive and can cost up to 40% more than nickel batteries.

Nonetheless, Li-ion batteries are in the growing sphere and are gaining popularity in not only the EV market but also military and aerospace applications. R&D is ongoing in India to reduce their costs, extend their shelf life, and resolve the heating issues.

Most of the Electric vehicles in India are powered by Li-Ion batteries, the reason that major automotive giants are setting up new plants to manufacture battery cells indigenously.

Under the Production Linked Incentive (PLI), GOI allocated 180 million for the manufacture of at least 50GWh of Li-Ion battery in the Indian market to meet the growing demand and reduce imports.

These first came into existence in the year 1859 and were the first kind of rechargeable batteries back then. They have an energy density of 80-100 Wh/L and durability of 300-350 cycles. Even though they have a shorter lifespan and are relatively heavier than modern-day batteries, they still trod the market as they are comparatively cheaper, and people prefer these for short-term requirements. Moreover, they are generally used in e-rickshaws and urban delivery vehicles. However, since lead is a toxic element and sulfuric acid is hazardous too, fire and explosion hazards can be witnessed more often than not.

Currently, high-power lead-acid batteries are being developed to be used in commercial load pickup electric vehicles.

Developed in 1985, Sodium-nickel chloride (Na-NiCl2) batteries are also commonly known as “ZEBRA” cells. These Electric Vehicle Batteries have been used extensively for early electric cars because of their various advantages. Firstly, they have a long life cycle of 15 years or more along with both high energy and high power densities of 100-150 Wh/L.

They are completely maintenance-free and require no extra air conditioning as they operate at temperatures more than 270 C. The raw materials are highly recyclable and have zero emissions into the environment. Another unique feature of ZEBRA batteries is that both their discharge and charge operations are regardless of outside temperature, even during the harshest thermal conditions.

Nickel-metal hydride (NiMH) batteries came into commercial use around the 1980s. These are rechargeable and recyclable batteries with an energy density of 140-300 Wh/L. They hold low internal resistance and have proved as a better substitute for the non-rechargeable alkaline batteries which hold lesser compatible cell voltage.

NiMH batteries are considered very safe as they are less prone to leaking and explosion mishaps. These batteries have a tendency of high self-discharge at the rate of about 12-13%,  however, with proper use they can last up to 6-9 years. Nickel-Metal Hydride batteries are used by both Hybrid Electric Vehicles(HEV) as well as Battery Electric Vehicles (BEV)

It is quite visible that electric vehicles are slowly advancing to capture a larger share in the automobile industry’s market, numerous doors of opportunities have been opened throughout the country. As the government and private sector thrive to meet their expectations, it is obvious that with the increase in demand for EVs, the demand for batteries will soar hand-in-hand.

The favorable schemes provided by the government such as tax exemptions for EV buyers and reduction of GST from 12% to 5% on EVs are inducing both the manufacturers to manufacture and the buyers to buy. Hence, as consumers become environmentally aware, these vehicles and their batteries have a golden chance to prosper in the Indian market.

This growth and demand of the EV battery industry would create an investment opportunity of USD 17 billion in India, so experts believe it is the perfect time to invest in the electric vehicle battery manufacturers’ stocks.

Electric Vehicle battery stocks in India are booming exponentially India post the introduction of policies and subsidies for the battery segment in India.

Currently, the import of Lithium-Ion battery cells for electric vehicles adversely affects the price of EVs in India. The high initial cost of owning an electric vehicle seems to be a major barrier for EV adoption, a reason why GOI introduced the PLI scheme with $2.4 billion allocated funds for the indigenous manufacturing of electric vehicle batteries in India.

Not just affordable EVs, the indigenous manufacturing will likely boat the EV battery segment in India to fulfill GOI’s ambitious EV goal for 2030.