Stellantis is likely to source EV components, batteries, and cells from India. 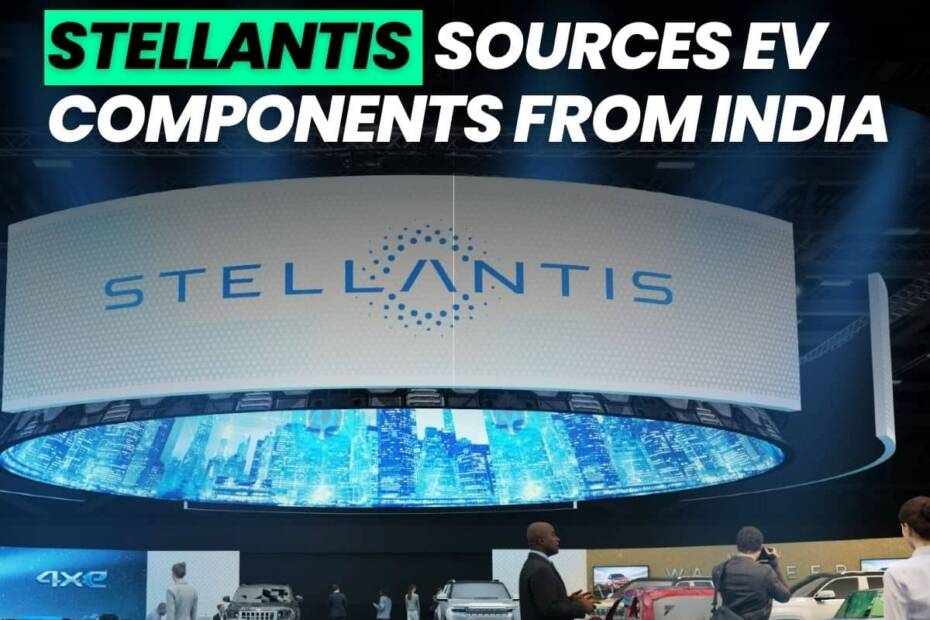 The company is aiming to cater the center of B segment market in the coming 3 years in collaboration with the brand name Citreon with the SUV, MPV, and hatchback and all these models will come with an electric powertrain.

On May 18, 2022, CEO of Stellantis N.V, Carlos Tavares, said that the disturbance between Europe and China can be a major opportunity for India to grow in the Electric Vehicle Market segment globally.

Stellantis is a Euro-American automotive company,  which designs, manufactures, and sells EV vehicle components and products.

The company wants to get hold of billion of dollars worth of Electric vehicle components, cells, and batteries in collaboration with PSA Citreon, Fiat, and some of the influential Jeep brands.

CEO of Stellantis said in a media interaction that “He is ready to speed ​​up  the plan with India and he is hoping that the country  will be ready to seize this golden opportunity.”

The company is aiming to gather 25 percent of supplies from outside the North America and Europe union, where around Asia pacific region  India will play a major role in this plan, said the CEO of Stellaris.

In 2021, Stellantis EV India has announced an investment of $250 million in the Indian EV market, along with the company is also planning to launch its first Ever EV Citreon C3 in the Indian market by 2023.

The Citreon C3 is the first EV from the company for India, which is engineered in India, according to the Indian roads as well as the Indian market. Additionally, we are aiming to launch compact cars whose length is less than 4m.

CEO of Stellantis EV said that “ Currently, we are starting to grow our activity in India but the Indian market is not yet at the double-digit margin. But we can say that in a coming couple of years, we can see India at a double-digit margin and which will contribute to the company’s long-term vision.”

“Many carmakers have come to India from all over the world and attempted to dominate the Indian market with low-cost vehicles. Business in India can be profitable if it is done in an Indian manner” added Carlos Tavares.

previousBidirectional EV Charging is the Future of EV Chargers: Detailed Guide
nextMahindra to Manifest More Partnership for its growth in EV sectors: CEO